The History and Culture behind Mozambique

Read more here about the historical and cultural experiences you can explore while in Mozambique. This amazing country boasts a rich and diverse history and stories of its many peoples and tribes. It is worth a visit so book with our travel experts. We can organise your cultural holiday with an historical perspective.

Mozambique is a Fusion of Culture

Travel to Mozambique is an immersion in a superb fusion of cultures. Your cultural experience of Mozambique is important. The history of different people and their tribes, their cultures, comes from the Bantu, Swahili, Portuguese influences long ago in history.

Most people living in Mozambique are Black Africans and the main language is still Portuguese. The main indigenous groups are the Makhuwa, Tsonga, Makonde, Shangaan, Shona, Sena, Ndau, and others. There are also thousands of Europeans and South Asians. The main religious groups in Mozambique are Christian, Muslim Indigenous African, and other beliefs.

There is plenty of evidence of this rich fusion of cultures along the southeast coast of Africa seen in the architecture, cuisine and lifestyle of the Mozambicans. The Arab and Indian influences along the coast date back many centuries and the subsequent Portuguese trading posts played a major role in the slave trade of the times.

A major part of the cultural experience in Mozambique is the food. Mozambican cuisine is rich and varied, reflecting both its traditional roots as well as outside influences. Flavourful spicy stews eaten with rice or steamed cornmeal dough are common. With its long coastline and rich fishing history, fish is key to the national diet. The country is famous for its shellfish, such as prawns and crayfish, and its combination of seafood dishes with the spicy piri piri sauce.

The historical experience of Mozambique is overwhelming and educational. Mozambique was a colony of Portugal and had a very turbulent history which is still ongoing – she gained her independence in 1975 but the Marxist government clashed with the anti-communists and there was bloodshed and division for years. Millions of people suffered and died during the war which only ended in 1992. In 1994 elections saw FRELIMO take power and Mozambique is trying to rebuild herself economically with tourism as a major drawcard.

The capital city, Maputo, was previously known as Lourenço Marques and a walk around this historic centre reveals fine colonial-era architecture and an attractive natural setting alongside the deep-water harbour of Maputo Bay. Maputo is the commercial and cultural centre of the country, so enjoy the sidewalk cafés, bars, and discotheques.

In Maputo, your historic experience includes visits to the many museums and landmarks that make Mozambique what it is today. The arts and crafts fair, the many restaurants and bars, and the Paroquia Santo Antonio – the old famous church with unusual and wondrous architecture and stained-glass windows.

If you can get to Mozambique, you will enjoy the culture and the history, so intertwined with the nature and the coastline that draws all the tourists every year. Many resorts and hotels in Mozambique are of historical significance and the history surrounding them tell an interesting story.  Historical and cultural tours are also offered by lodges and resorts.

Take a boat from Nacala to the Isle of Mozambique or Ilha de Mozambique where you can catch up with plenty of history. The Island of Mozambique is a UNESCO World Heritage site thanks to its rich culture and history – and one of Mozambique’s fastest-growing tourist destinations.

We will customise your cultural and historical tour to Mozambique with a full board special package deal. Contact us today! 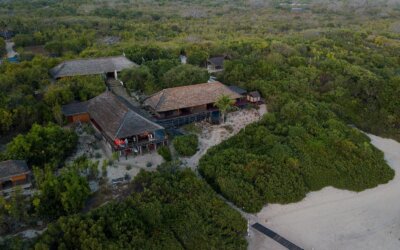 Relax the day away, chill out at the beach bar after an activity at this unique 'beach & bush' lodge in Northern Mozambique. Tropical beaches and unspoiled bush give you an authentic holiday experience.
7 nights from
$1,602
Per person sharing Explore the rich cultural history of Ilha de Mozambique and experience the adventures of the Indian Ocean when you stay at Villa Sands. Stay 3 nights or more for this great deal to Mozambique Island.
5 nights from
$1,173
Per person sharing An amazing holiday package to the Island Of Mozambique. Special deal to Jardim do Aloes with free transfers and a whole lot of activities on the house. Explore this Unesco site in style!
5 nights from
$610
Per person sharing 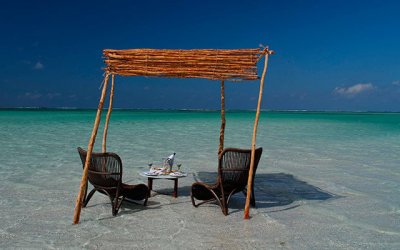 Stay 5 Nights or More, Get 1 Night Free. Fantastic deals are up for grabs at Coral Lodge in Ilha de Mozambique.
5 nights from
$1,762
Per person sharing 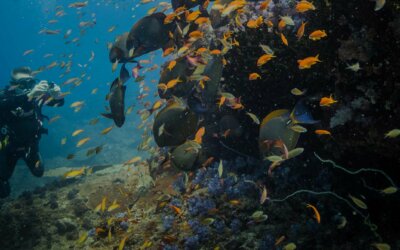 Take immense joy in unlimited shore diving with Nuarro Lodge when booking the 5 night Beach Chalet at this inviting eco-beach lodge on the shores of the Indian Ocean in Northern Mozambique.
5 nights from
$3,115
Per unit