Hooray, finally someone has seen the light!  It’s not shining at its brightest but at least we can see it! Yes, I dropped a load shedding joke in there!  Its official, Minister Motsoaledi officially scrapped the requirement for unabridged birth certificates for visitors travelling to SA on Friday, 8 November 2019.  The Department of Home Affairs announced the UBC waiver for foreign minors on Monday 11 November 2019.

The order, signed by Home Affairs Minister Aaron Motsoaledi on Friday, means that international minors travelling to South Africa no longer require an unabridged birth certificate, or consent letters when traveling with their parents. The tourism department said all the domestic ports, as well as airlines and shipping companies, had been informed of this latest order.

Scrapping of the unabridged birth certificate

The scrapping of the unabridged birth certificate requirement for inbound travellers will boost the tourism sector, tourism minister Mmamoloko Kubayi-Ngubane said at the weekend.

The unabridged birth certificates presented a number of problems and their impact on tourism was enormous. Many tourists were completely put off by a trip to South Africa because it is a “long, tedious process” to get an unabridged birth certificate.  We believe this announcement will help us attract more tourists to South Africa as a preferred destination, said Kubayi-Ngubane.

Chris Zweigenthal, CEO of the Airlines Association of Southern Africa, said the recent release will help South Africa regain its competitive position as an attractive tourist destination. ‘Although it is believed that the travel, tourism and hotel industry SA has lost hundreds of millions of rands over the past five years due to these restrictions and their associated implementation.

So happy and trouble-free travels going forward. And of course, contact us for assistance in planning your vacation to Mozambique. We are the experts with over 20 years’ experience booking and designing your dream holiday. For detailed advice and expert travel resources, as well as more info on how we can assist you en route to Mozambique please contact one of our knowledgeable consultants on +27 21 7855498 or make an email enquiry here.

Many holidaymakers access Mozambique via South Africa and this guide is given in an attempt to make your travel to Mozambique a whole lot easier. REVISED Birth Certificate Regulations for South Africans since November 2016

Although international minors no longer need an unabridged birth certificate (UBC) when traveling to South Africa with their parents, the local tourism industry is wondering: what about SA minors traveling abroad?

In the opinion of the Southern African Travel Agents Association (ASATA), there is no need to waive the UBC requirement for foreign minors traveling abroad. The association’s CEO, Otto de Vries, said in a statement Monday that the certificate requirement had stifled outbound tourism.

Tshifhiwa Tshivhengwa, CEO of Tourism Business Council of SA, told Fin24 on Monday 11 November 2019 that the latest resignation is a victory for inbound tourism, but there is still a long way to go when it comes to waiving the UBC requirement for children under SA requirements. The board originally proposed the complete removal of UBC’s regulations from the Department of Home Affairs, but other laws, such as the Children’s Act, still prevent UBC from waiving S.A minors.

And the below no longer applies – but is there for your reading pleasure! In simple terms, this was a disaster with huge consequences for tourism numbers to Southern Africa. Thankfully it’s been corrected.

There has been much confusion around the birth certificate requirements for minors traveling in and out of South Africa. To date, the Department of Home Affairs is in the process of revising the regulations but has advised that all travellers traveling with children under age 18 need to carry their birth certificates AND relevant passports displaying the details of both parents.

South Africans traveling with children younger than 18 (called minors) require passports AND the complete birth certificate detailing both paternal and maternal information. This is still the main document needed at customs to ensure smooth travel procedures. If a visa has been issued to a minor, the birth certificate would have been provided as part of the application process.

In other words, the South African Department of Home Affairs (DHA) has dealt with all confusion around unabridged and abridged birth certificates by scrapping the terminology. The department now only issues Birth Certificates displaying the details of both parents. All children under age 18 (minors) need this document and if they are traveling into and out of South Africa they must now carry their own passport that shows the details of both parents and is set to be the main travel document.

If parents have applied for their child’s birth certificate but it is not ready or has not been received at the time of travel, they need to get an official letter from their nearest Home Affairs office stating this fact before they travel through a port of entry.

There was a huge uproar when the new Unabridged Birth Certificate Regulations were issued in 2015. Travelers entering and leaving South Africa with children under age 18 (minors) had to produce their child’s unabridged birth certificates plus mountains of paperwork to allow their children into the country. Some countries don’t even issue such birth certificates. Confusion was rife and everyone was phoning the DHA.

The Department of Tourism was convinced that these regulations had a huge negative impact on tourism to South Africa as travellers merely changed their plans and went elsewhere. The Department of Tourism called urgent meetings with the DHA to resolve the matter. They argued that more than 13 000 people were not allowed to board planes to South Africa between June 2015 and July 2016. They estimated that if one tourist spends an average of R13 000 per day in South Africa, the country lost more than R7.51 billion during this period. The DHA has been forced to revise these regulations.

South Africa tabled a new immigration law that came into effect as of 1 June 2015, affecting all travellers under the age of 18 (children, called minors). The South African Department of Home Affairs expected all minor passengers who were traveling domestically and internationally across her borders to travel with an Unabridged Birth Certificate. And they expected all minors to produce this document WITH their passport when entering or leaving South African ports of entry, showing the details of both parents. The reason for this very complicated law was simple: South Africa is concerned about the rise in human trafficking across its borders – every year, some 30 000 children (minors), are illegally moved through South African borders, most of them being less than 14 years of age.

Following last week’s long overdue announcement that the Unabridged Birth Certificate regulations for international minor travellers will no longer be applied, there is some even more positive news. The International Air Transportation Association, IATA has confirmed their TIMATIC reservations system is now updated in this regard.

All IATA registered airlines are now aware of the new requirements, which allow travel to and from South Africa hassle-free for international families.

In this light, we share with you a frequently asked questions leaflet that Big Ambitions the Satsa communications branch have compiled to answer your questions. Click here to download the FAQ. 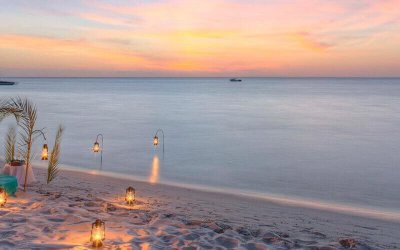 Bahia Mar Club is the ideal choice for a family holiday in Vilanculos. A multitude of adventurous activities and the warm Indian Ocean right on your doorstep.
5 nights from
$2,100
Per unit
view all packages